↗️
Car rental giant Hertz is suing over a website redesign from hell. The US corporation hired monster management consultancy firm Accenture in August 2016 to completely revamp its online presence. The new site was due to go live in December 2017.
Read more 🔗

↗️
There was a sickening crack when the thick cable connecting Chris Lemons to the ship above him snapped. This vital umbilical cord to the world above carried power, communications, heat and air to his diving suit 100m (328ft) below the surface of the sea.
Read more 🔗

↗️
What would we do if we knew an asteroid would hit Earth in 2027? That’s what NASA personnel will explore during a simulation taking place next week. The project will play out as a tabletop exercise held during the 2019 Planetary Defense Conference in College Park, Maryland.
Read more 🔗

↗️
Gen Z keeps confounding Corporate America. They’ve shunned beer, they want companies to take political stands and they trust Kardashians to make their makeup choices. But perhaps the biggest surprise about this new cohort of teenagers is the most unexpected of all: They love the shopping mall.
Read more 🔗

↗️
Social networking and media platform Twitter today reported its results for the first quarter of the year, and it’s a strong one. The company said that revenues came in at $787 million, up 18 percent on a year ago; with net income of $191 million and earnings per share of $0.25.
Read more 🔗

↗️
Social networking and media platform Twitter today reported its results for the first quarter of the year, and it’s a strong one. The company said that revenues came in at $787 million, up 18 percent on a year ago; with net income of $191 million and earnings per share of $0.25.
Read more 🔗

↗️
SAN FRANCISCO (AP) — Tesla CEO Elon Musk appears poised to transform the company’s electric cars into driverless vehicles in a risky bid to realize a bold vision that he has been floating for years.
Read more 🔗

↗️
Elon Musk has revealed his Neuralink startup is close to announcing the first brain-machine interface to connect humans and computers. The entrepreneur took to Twitter to tell followers the technology would be “coming soon”, though failed to provide more exact details.
Read more 🔗

↗️
Steve Kovach, writing for CNBC: Its surprise settlement with Qualcomm Tuesday over a years-long patent spat means it’s now in a position to keep pace with its competitors to bring a 5G-ready iPhone to market as soon as this year. There’s no way there’s going to be a 5G iPhone this year.
Read more 🔗

↗️
At this rate, retirement is more of a fantasy than a reality for many people in this country. About 42 percent of Americans have less than $10,000 saved for when they retire, according to a study by GoBankingRates.
Read more 🔗

↗️
This blog post draws on data and research discussed in our entry on World Population Growth and Future Population Growth. In 1950 there were 2.5 billion people on the planet. Now in 2019, there are 7.7 billion. By the end of the century the UN expects a global population of 11.2 billion.
Read more 🔗

↗️
Look closely at the picture above, and you can see a small bulge right on the crease of my Galaxy Fold review unit. It’s just enough to slightly distort the screen, and I can feel it under my finger. There’s something pressing up against the screen at the hinge, right there in the crease.
Read more 🔗

↗️
We know we are dead when we die because our brains keep working to make us aware of what’s happening around us, haunting new research suggests.
Read more 🔗

↗️
Insiders describe a chaotic environment inside of Panasonic’s battery-making operation in the Nevada desert, one where standard operating procedures go ignored, expensive mistakes are born from carelessness, and half a million pieces of scrap are generated each day.
Read more 🔗

↗️
A $255 billion debate is raging among the world’s biggest automakers. Some think electric cars made by companies besides Tesla Inc. stand the chance to be hits, while others think they’ll fail to really sell. Toyota Motor Corp.
Read more 🔗

↗️
The nation that invented the heart of the car at the dawn of the 20th century might struggle to adapt to the coming electric era. The completed combustion engine fitted into a BMW M5 is a 1,200-piece puzzle that weighs more than 400 pounds.
Read more 🔗

↗️
It’s just as you suspected; the information age has changed the general attention span. A recently published study from researchers at the Technical University of Denmark suggests the collective global attention span is narrowing due to the amount of information that is presented to the public.
Read more 🔗

↗️
Another day, another survey, but here’s one with a difference.
Read more 🔗

↗️
A Russian company called StartRocket says it’s going to launch a cluster of cubesats into space that will act as an “orbital billboard,” projecting enormous advertisements into the night sky like artificial constellations.
Read more 🔗 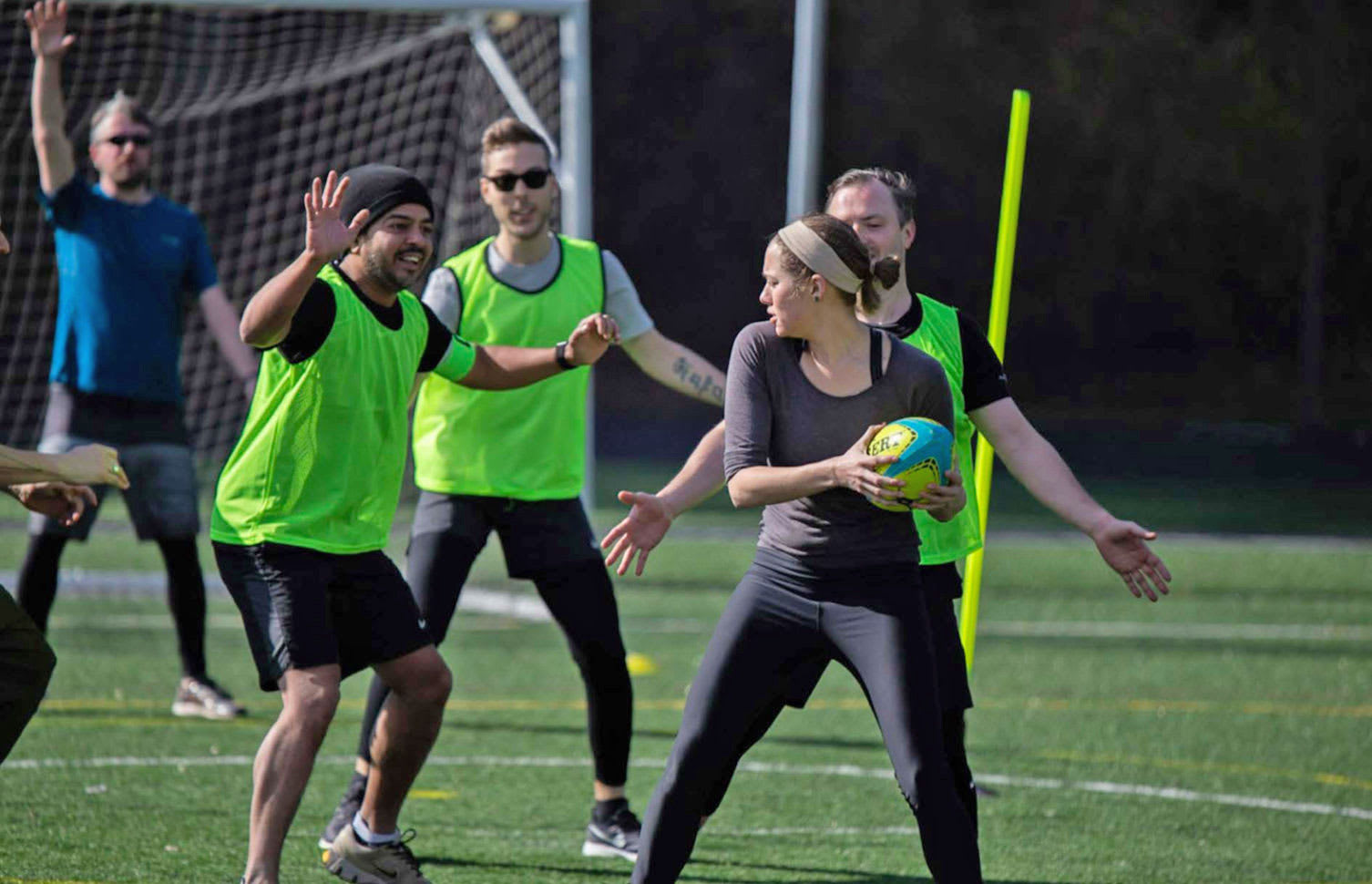 Many existing sports have their roots in hundreds (if not thousands) of years of human tradition. But what if you asked computers to create a sport? You now know how that can turn out. The design agency AKQA has introduced Speedgate, reportedly the first sport envisioned by an AI. The event has six-player teams competing on a field with three open-ended gates. Once you’ve kicked the ball through a center gate (which you can’t step through), your team can score on one of the end gates — complete with an extra point if you ricochet the ball through the gate. You can’t stay still, either, as the ball has to move every three seconds.

AKQA created the game by feeding data on 400 existing sports to a neural network, which then created basic sports concepts and rules. A large chunk of those were completely unrealistic (exploding Frisbees, anyone?), so the team gradually whittled down the eligible characteristics until there were three remaining sports. Playtesting led to Speedgate winning the prize. For more court on sports, check out Tennisinformation.